Are You Real ID Ready?

ARE YOU REAL ID READY? Starting October 1, 2020, all Americans will need a REAL ID to pass airport security to board a flight in the United States. A REAL ID, generally marked with a star in the upper righthand corner, is different than a traditional driver’s license and can be obtained at your state’s DMV. If you do not have a REAL ID, there are other forms of identification accepted, such as a U.S. passport or passport card, enhanced driver’s license or U.S. military ID. Learn more at www.tsa.gov/real-id. 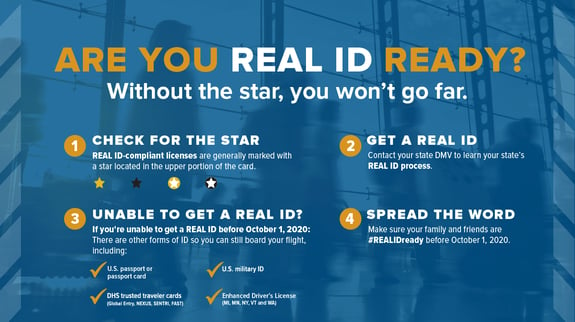 WITHOUT THE STAR, YOU WON'T GO FAR

Travelink is an official representative of
American Express Travel